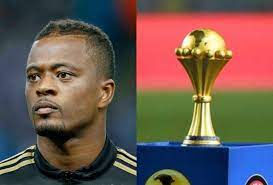 The 40-year-old said this in relation to the positions of African footballers at the 2021 Ballon d’Or awards.

Lionel Messi picked up his seventh Ballon d’Or on Monday, with Robert Lewandowski and Jorginho placing second and third.

Only two African players were nominated in the 30-man shortlist, with Mohamed Salah and Riyad Mahrez finishing seventh and 20th, respectively.

Meanwhile, Chelsea goalkeeper Edouard Mendy was not nominated despite winning the UEFA Champions League and UEFA Super Cup with the Blues.

The Senegalese shot-stopper was also beaten by Gianluigi Donnarumma to the Lev Yashin Trophy, which is awarded to the best goalkeeper in the world.

Also, last week, Liverpool boss Jurgen Klopp referred to the AFCON as a “little tournament” and refused to retract the statement when he was called out by a journalist.

“Also the goalkeeper… what about Edouard Mendy? You know, but of course, African Cup, we are the monkeys so no one respects this competition,” the former left-back said on Instagram.

Meanwhile, the next AFCON is scheduled to take place from January 9 to February 6, 2022 in Cameroon.

Fri Dec 3 , 2021
Spread the loveTweetA former Ghanaian Ambassador to Canada and a leading member of the ruling New Patriotic Party (NPP), Ayikoi Otoo has called on the government to heed to counsel on President Nana Akufo-Addo’s travels. He said the concerns of some Ghanaians on the Preident’s frequent travels in luxury jets […]