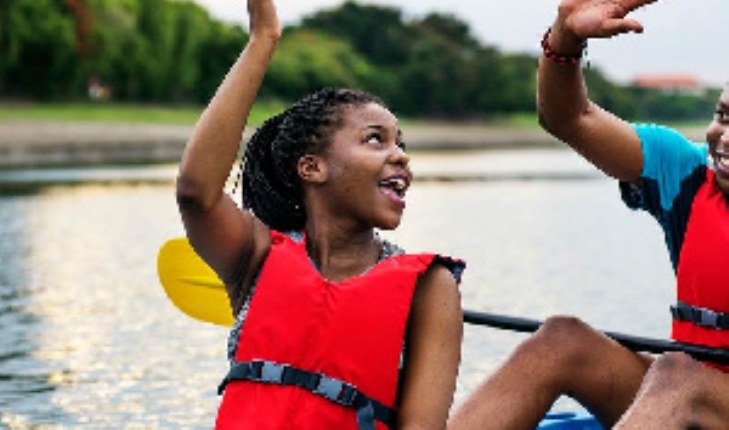 Two years ago when I met my boyfriend and fell in love with him, he introduced me to a brother abroad. I was with him one evening when he received a call from abroad. He showed the number to me and said, “That’s my brother Charles calling.” After they had finished talking, he made me talk to his brother. I said hi and the voice on the other side also said hi. He said, “All my brother has said about you are good things. Kindly take good care of him for me. Don’t stress him. If there’s something you want, take my number and call me and I’ll provide.”

I smiled and said thank you and that ended the call.

I’ve met my boyfriend’s parents and had become very close to them. Not in a single day did they mention Charles’ name. So I asked my boyfriend, “Is Charles your real brother?” He said, “He’s a brother from another mother. We grew up together and attended the same school from class one. Charles got the opportunity to travel to The US when we were going to SHS and since then, he had become my backbone.”

Charles had land in Accra and had started a building project on it. It’s my boyfriend who was in charge of the project. When Charles sent a car to Ghana to be sold, it was my boyfriend who received the car and sold it for him. “You mean Charles doesn’t have any family member in Ghana?” I asked my boyfriend. He answered, “He has a lot of them here but it’s me he trust. I’ve been very truthful to him in all our dealings so he doesn’t joke with me at all.”

Then my boyfriend started talking about traveling abroad. He said, “Charles has agreed to help me go to the US. The way things are going, before the end of next year, I wouldn’t be living in Ghana.” I wished him well. He was so happy about the traveling that he spoke about it every day. “Linda, next year when I get to the US, you’ll see the kind of things I will send you.” “Linda, the day you hear that I’ve traveled to the US, start doing your passport because the very next month, you’ll be joining me.”

Somewhere last year, Charles came to Ghana and I remember how elated my boyfriend was. I went to the airport with him to meet Charles—one tall and bearded guy like that. When he shook my hand he said, “Charley, your girlfriend is really beautiful. We hardly see women like this abroad.” I felt flattered but said my thank you anyway.

One evening I had a call from an unknown number. It was Charles. He asked if I could meet him at his hotel; “I brought some few gifts for you. Just come around and pick them.” Immediately the call ended, I called my boyfriend and told him. I asked him, “Would you go with me?” He answered, “No, I would be busy running errands for him.” I said, “Don’t worry, I will wait. Whenever you’re ready, let me know and I will go with you.” He said, “These borgas don’t keep gifts for long. If you don’t go for it, he might give it to someone else without thinking of it.”

So the next day I went to his hotel. They brought food and I ate. He brought some drink from his fridge. I asked him, “Is it alcoholic?” He said, “Not too strong. It’s something a lady can handle.” I said, “I don’t drink alcohol. Just give me some water. “ He insisted that I took a sip and see how it tastes like. I didn’t. He came to sit next to me and started touching me. I shifted a little. He shifted to get even more closer to me. I started getting scared. He said, “You’re a fine woman and deserve better than you’re currently getting. Just say yes to me. Just once and I’ll give you everything you want.” I said, “Do you realize that I’m dating your brother? You think he’ll be happy to know what you’re telling me? You let me go and I’ll pretend what you just said didn’t happen.”

See also  No vag*nal discharge: Here's why your vag*na is itchy without discharge

Then he jumped on me, trying to kiss and fondle me. I said, “Ok…Ok I get it. Let me think about it for a minute.” After a while, I told him, “Bring me the drink. Pour it to the brim. I need to be intoxicated to be able to do this.” He walked to the fridge, pick the drink and I swiftly reached out to the door, opened it and left.” He didn’t even make an attempt to chase me. As I was descending the stairs, I picked my phone and called my boyfriend, “Guess what Charles wanted me to do…He wanted to sleep with me. He even pounced on me trying to have his way with me.” He was quiet. I screamed, “Won’t you say anything?”

He said, “Why didn’t you allow him? Is it not only sex that he wants? If you mess up with him, you’re messing up with our chances of going abroad next year.” I was dumbfounded. I said,” You mean you know about this already? You two discussed it?” He said, “Linda, Linda, stop making it look like it’s a big deal. He wants it once and that’s all. Just give it to him.” I touched my cheek and pinched myself just to know if I was dreaming.

In the evening, I was home thinking about everything that went on when I saw Charles’ car approaching. I thought they were coming with an apology. I was so angry I wanted to lock my door and not see them. They came in, Charles sat on the sofa and my boyfriend came to sit next to me on the bed. Charles placed a box on the floor and said, “This is the gift I brought you.” I said, “Please take it away, I don’t want it.” My boyfriend continued, “You’re misunderstanding everything. Charles loves you genuinely and wants to help us through you. Why don’t you give him a chance?”

See also  'I became a lesbian because of money' - Lady reveals

I’ve had enough. I told them if they don’t leave my house, I’ll scream rape. I started shouting—shouting loud enough to get the attention of co-tenants. They both speedily left my room. It was over that day. I thought about it for several days and couldn’t understand why my boyfriend could stoop that low. Weeks later, Charles was gone. I went to my boyfriend’s house to ask him why he did that. He said, “I don’t know what came over me. Maybe he charmed me or something. I wasn’t thinking straight and I’ve been haunted since that day.”

That was enough closure for me. Knowing that his actions keep him haunted. He tried to use the opportunity to get a comeback but I told him never again. I said, “If you finally get the chance to go to the US, give your wife to him. Make him happy and get whatever you want from Charles.”

To date, he still comes around, apologizing but I know better than I did when I was with him.

Fri Feb 12 , 2021
Spread the loveTweet The phenomenal Akrobeto has revealed a major decision in his early years in acting that propelled his career to where it is now. Speaking to 1Ghana TV, the virtuoso actor mentioned that starting out in the Kumawood scene, Samuel Nyamekye, CEO of Miracle Films, had advised him […]