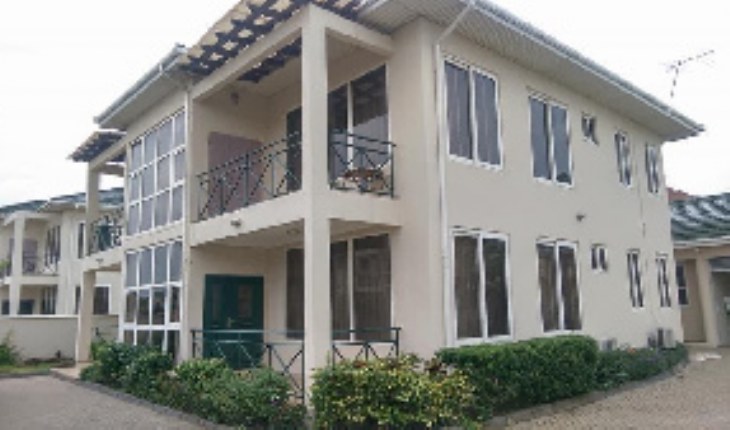 Owners of properties listed among those of Director of Communications at the Presidency, Eugene Arhin, have started showing up and denying his links to them.

In a divorce petition which has since gone viral, the wife of Eugene Arhin, Gloria Arhin listed a number of properties her husband has acquired for himself in the span of four years.

Among other things, she indicated that her husband had acquired 32 apartments, 5 houses, a barbering shop, and a number of companies and businesses which his wife failed to or ignored to list in her writ or didn’t know about.

However, after images of some apartments, vehicles and other landed properties went viral on social media purported to belong to him, owners of the properties which were shared on several platforms have denied claims that the said properties belong to him.

A number of them who reached out to MyNewsGh.com indicated that those properties were acquired long before Mr. Eugene Arhin was even born and therefore would be inaccurate for people including his estranged wife to attribute them to him.

One of them who is a businessman, and who gave his name as Jawara Mohammed, indicated that he inherited the property from his late father and through a facility recently refurbished it but was shocked it went viral on social media and counted as one of the properties of the young politician.

Meanwhile, Eugene Arhin has denied the various allegations levelled against him by his wife Gloria Arhin.

In a statement shared on his social media handle, he said he was going to deal with the issues in court.

“I have seen a divorce petition filed by my wife, which has been deliberately leaked all over social media obviously to achieve a certain effect. I have still not been served with these court processes, and, upon receipt, my lawyers will respond accordingly. Every marriage has challenges, and such challenges should not be addressed in the court of public opinion. I will not, for the sake of my children, and for the dignity of my wife, engage in any public banter. In as much as many of the claims levelled against me are baseless and untrue, especially with respect to properties and physical abuse, I will hold my peace and deal with them in the Court of Law.”

The craziest thing a boyfriend has ever asked me to do

Fri Feb 12 , 2021
Spread the loveTweetTwo years ago when I met my boyfriend and fell in love with him, he introduced me to a brother abroad. I was with him one evening when he received a call from abroad. He showed the number to me and said, “That’s my brother Charles calling.” After […]