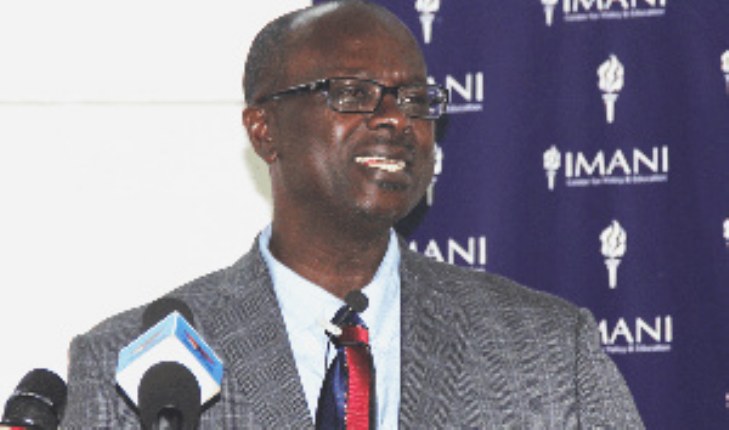 A US-based Law Professor, Kwaku Asare has said it’s not surprising that the seven-member panel of the Supreme court has turned down a request filed by the petitioner, John Dramani Mahama, to re-open his Election Petition case which his lead lawyer, Tsatsu Tsikata closed last week.

“This goes with the unanimous rejection of the petitioner’s request for production, interrogatories, and request for admissions from the election manager,” Prof. Kwaku Asare popularly called Kwaku Azar wrote in a commentary on Facebook after Tuesday’s ruling.

He thus questioned the intention of the Petitioner to file further processes although he’s within the right to do so.

He wrote: “But if you cannot get discovery and you cannot examine the election manager, what exactly do you expect to get from the Court? adding “If they would have given you more they would have started by giving you a full plate.”

The Supreme Court on Tuesday, February 16, dismissed an application filed by former President John Mahama to have his case re-opened.

The apex court panel of seven chaired by Justice Kwasi Anin Yeboah said they find no merit in the application and proceed with the ongoing case without any hesitation.

It was the considered view of the court that the EC Chairperson is not on trial and cannot be asked to vindicate herself.

Meanwhile, Lawyer Tsikata told the court on Tuesday he will be filing a stay of proceedings pending the determination of an application for a review of the court’s ruling on February 11.

Wed Feb 17 , 2021
Spread the loveTweetGhanaian Celebrity, Nana Aba Anamoah has been called out to be one of the powerful celebrities who are trying to push the LGBT agenda in Ghana. According to netizens, some high time profiles are using most influential celebrities in the country to push for legalization of LGBT in the […]