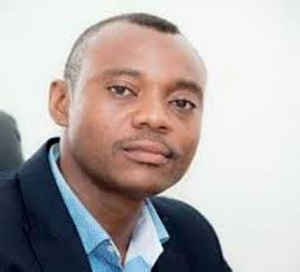 Private Legal practitioner Osman N. Alhasasan has punched holes in the Supreme Court’s reasons for abandoning an opportunity to interrogate the first Respondents, Madam Jean Mensa, Chairperson of the Electoral Commission by the counsel for the petitioner, Lawyer Tsatsu Tsikata.

Read his full statement below:

ERRORS OF LAW IN THE RULING OF THE SUPREME COURT REGARDING THE TESTIMONY OF JEAN MENSAH AND MAC MANU.

The Civil procedure rules of the High Court which are being followed by the Supreme Court in this petition in themselves recognize their subservient nature in order 81 and order 1 rule 2.

Order 1(2) demands that the rules of procedure be interpreted and applied in a manner that would ensure effective and speedy justice, and to ensure that all disputes between the parties are effectively, completely, and finally determined.

By Order 81 those rules themselves state that non-compliance with the rules shall not be treated as an irregularity, and should not nullify any proceedings, document, judgment, or Order. The Supreme itself has held in one of its cases that the rules are handmaid and not the mistress. Which means, they are ancillary and are important only to the extent that they assist in the administration of substantial justice (the mistress).

Historically, the Supreme Court has demonstrated the culture of focusing and doing substantial justice even where the rules appear to be an obstruction or fail to prescribe a way. That, I think should be the true and proper nature of the Supreme Court. How this culture suddenly disappears in this petition is worrying.

I have always maintained that when it comes to justice in national issues like a Presidential election petition, the most important but usually inconspicuous and unrepresented party that normally yearn for justice is the citizen or electorate.

Justice in such matters is therefore bound to be incomplete if it is limited just to the parties before the Court. It’s not like a litigation between two contracting parties over contractual rights or a defamation matter.

That’s why in my opinion, the constitution has entrusted matters of presidential election to the Supreme Court which is the Court of last resort and has freedom from all shackles of judicial precedence with final powers of constitutional interpretation and enforcement. The Supreme Court ordinarily ought not to restrict itself by rules of procedure and Judicial precedence much more in a case of election petition.

Having said that, it is my opinion that, even if the Supreme Court were to be assessed in this matter by sheer fidelity to the law in black and white, some of its decisions and conclusions in the petition proceedings would still be erroneous.

First, the Supreme Court’s decision that it cannot compel a party to testify or give evidence in a matter where that party has indicated not to give evidence erroneous. This is borne out of a primary error that the only applicable rule on the matter was order 38 r 3E(5) of the High Court procedure rules, 2004, (C. I 47). Our Courts Act, 1993 (Act 459) which takes precedence over rules of procedure and Precedence in the hierarchy of our laws expressly confer on the Courts (Including the Supreme Court) the power to compel any witness to give evidence or produce any document.

According to Section 58 of the Act, in any proceedings, and at any stage of the proceedings in court, the court may summon any person to attend to give evidence or to produce any document in his possession.

The words “any person” in section 58 can refer to a party, a witness, or persons who are even not parties or witnesses in the case. Section 63 actually provides that, a person present in court, whether a party to the case or not may be compelled by the court to give evidence or to produce any document in his possession or under his control. I am still grappling with the Supreme Court’s choice of judicial precedence over these express provisions of an Act of Parliament, just to come to the conclusion that they have no power to compel a party to give evidence.

Second, the decision of the Supreme Court that a party who files and serves a witness Statement has not elected to give evidence and is not mandated to mount the Witness box and adduce evidence is also erroneous.

First of all, such a holding only dealt with the effect of the Witness Statements on parties to the Suit, but not their effect on the Witnesses who actually owned the Statements. In other words, the court confused “witnesses” with “parties” and treated them as if same were interchangeable.

Consequently, it treated two different issues as the same and assumed or believed that both of such issues have been resolved by the above-referred decision. Whilst I held on to the publication of this write up pending the outcome of today’s proceedings, the confusion of “witnesses” with “parties” in the ruling, which also led them to confuse the two different issues played out clearly in questions posed by the justices to the petitioner. The two different issues are as follows:

1. Whether or not the EC and Nana Addo Danwuah Akufo Addo as parties in the petition proceedings are bound to call witnesses or adduce evidence in support of their defence;

2. Whether Jean Mensah and Mac Manu as witnesses in the matter are entitled to refuse to be sworn in and be examined after filing witness statements.

In the petition in question, the witnesses are not the same as the parties. For instance, Mrs. Jean Adokwei Mensah is not the same as the Electoral Commission, and Mr. Mac Manu is not the same person as Nana Addo Danquah Akufo Addo. In that light, the holding of the Supreme Court that the parties in the petition proceedings are entitled not to adduce evidence or call any witnesses after witness Statements have been filed does not necessarily resolve the issue whether Mrs. Jean Adokwei Mensa and Mr. Mac Manu as persons who filed witness statements are entitled thereafter, to refuse to be sworn in to adduce evidence and be examined. I overly emphasize on this distinction in the hope that many people get it.

The applicable law in the case of Mrs. Jean Adokwei Mensa and Mr. Mac Manu as witnesses in the petition proceedings are section 62(1) and (4)(a) of the Courts Act as referred to above. In my opinion, order 38 r 3E(5) applies to only parties to a suit and once Mrs. Jean Adokwei Mensah and Mr. Mac Manu are not parties but witnesses, the most applicable provision is section 62 subsections 1 and 4 of the Court’s Act.

I will start with subsection 4(a). Subsection 4(a) of section 62 of the Courts Act provides that Whenever a person appears in court to give evidence and refuses to be sworn, that person shall, among other things, be guilty of contempt of court and the court may deal with him summarily and sentence him as if he had been convicted of a misdemeanour. Under what circumstances can we say a person appears in court to give evidence? A person who is not a party to a Suit, who filed a witness statement in that suit, and consistently appears in Court any time the suit is being heard definitely appears in court in order to give evidence. In the case of Mrs. Jean Adokwei Mensah, not only are the above true about her but she also expressly proclaimed under oath to the Court that she will answer questions in the Witness box. In the absence of a subpoena, If those are not the proper circumstance under which one can be said to be in Court to give evidence, I sincerely cannot envisage any. Having been in Court to give evidence, I think section 62(4)(a) clearly prohibits Mrs. Jean Adokwei Mensa and Mr. Mac Manu from suddenly refusing to be sworn to give the evidence.

Now subsection (1) of the same section provides as follows: “Subject to any enactment or rule of law to the contrary, a court shall require any witness to be examined on oath.” the word “shall” in this provision has made it mandatory for the Court to require any person who is a witness in a matter before the court to require or, in other words, order that such a person be examined. The word “examine” here refers to both examination-in-chief and cross-examination.

On the forgoing, I think the Supreme Court committed a grave error of Law in declaring the cases of the Respondents closed and effectively preventing Mrs. Jean Adokwei Mensah and Mr. Mac Manu from giving evidence and cross-examination. It’s also really surprising that the Supreme Court held the view that it can’t compel a party to adduce evidence. This error, I think amounts to exceptional circumstances that occasions a miscarriage of justice to the Petitioner and the people of Ghana.

Tue Feb 16 , 2021
Spread the loveTweetA US-based Law Professor, Kwaku Asare has said it’s not surprising that the seven-member panel of the Supreme court has turned down a request filed by the petitioner, John Dramani Mahama, to re-open his Election Petition case which his lead lawyer, Tsatsu Tsikata closed last week. “This goes with the unanimous […]