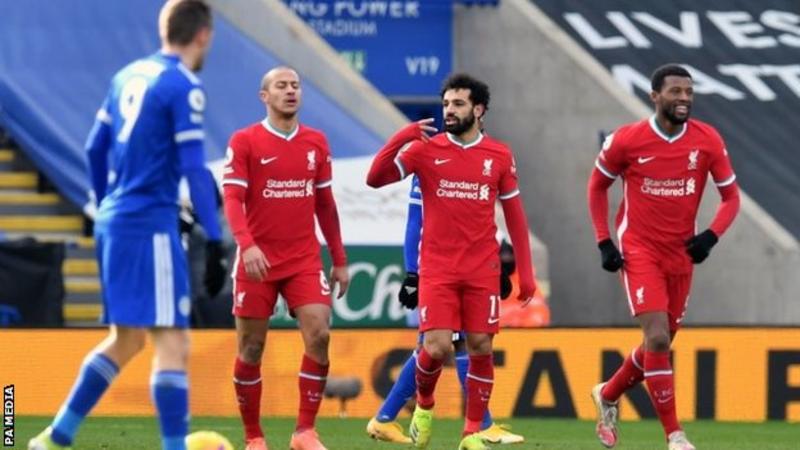 Liverpool forward Mohamed Salah says they will “fight like champions until the very end” after dropping 13 points behind leaders Manchester City.

The defending Premier League champions lost 3-1 to Leicester on Saturday, their third league defeat in a row.

“It’s been a tough period for many reasons,” Salah tweeted.

“We will not allow this season to be defined by the recent results we’ve had. That is my promise to all of you.”

Salah is Liverpool’s top scorer with 23 goals this season, with Sadio Mane next on 10.

The Reds – who have lost key players to injury this season – have lost six league games this season, causing boss Jurgen Klopp to concede their title hopes on Saturday.

Tweet
See also  'This is our city': Asante Kotoko after beating Bechem United in Kumasi

Real win to move up to second in LaLiga

Sun Feb 14 , 2021
Spread the loveTweet Karim Benzema scored his 17th goal of the season as Real Madrid claimed a comfortable win over Valencia to return to second in La Liga. The hosts dominated the first half and deservedly took an early lead when Benzema curled in a precise finish. Toni Kroos then […]