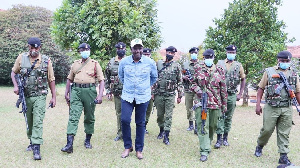 Sat Sep 4 , 2021
Spread the loveTweet The Eastern Regional Police Command has arrested a suspected car snatcher who allegedly spiked a drink for a taxi driver and sent him to hospital for admission and attempted to run away with his car. The incident occurred in Koforidua at about 5:30 pm on Friday. The […]