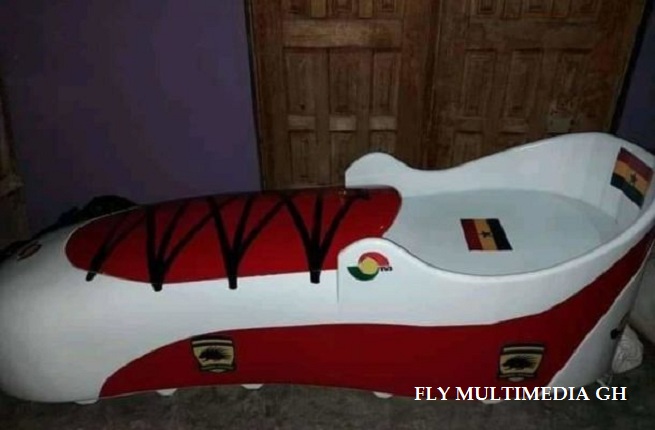 The defender will be buried in a Kotoko designed football boots with TV3 logo his nickname embossed on the casket.

He died in the wee hours of Tuesday, August 3, 2021, in Sunyani after battling an ailment for some months.

Yeboah played for Asante Kotoko between 2001-2009 playing a vital role in the achievements of the club at the time.

In the  2002/03 season, he won the league title with Kotoko helping to break a ten-year league title drought and also the President’s Cup with his team

He was loaned out to AshantiGold SC and later Wa All Stars (now Legon Cities) in 2007 and 2008 respectively.

Yeboah also had four caps for the Ghana national team including a 2006 Word Cup qualifier against DR Congo.

In 20008, he moved on from Kotoko to Wa All-Stars with the teammate Kobina Dodzie on loan, the third player in the deal Habib Mohammed on a permanent move.

Sat Sep 18 , 2021
Spread the loveTweetA middle-aged woman, Janet Korley, who travelled to seek greener pastures in Lebanon sometime in the mid-’90s has disclosed how Ghanaians badly treated her. In an interview with SVTV Africa, Janet indicated that what she thought would have been a great opportunity to turn her life around ended […]