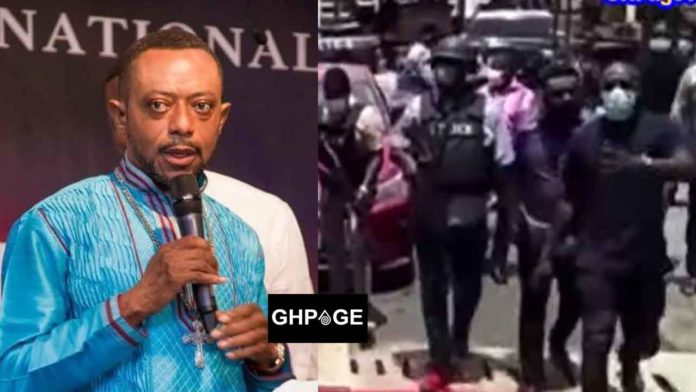 The controversial man of God was charged with offensive conduct conducive to the breach of peace and threat of death.

Well, church members who thronged the court premises to support their leader prevented Journalists from filming his arrival.

Some attacked media personnel and prevented them from entering the courtroom and also hurled insults at them.

Police Officers who were also present at the scene denied Journalists access to listen to the court proceedings.

However, the accused persons pleaded not guilty to the charges and prayed to be granted bail.

The court presided over by Afia Owusua Appiah denied their request and they have been remanded to police custody, where they will reappear before the court on 20th September 2021.

Mon Sep 13 , 2021
Spread the loveTweet A netizen user has taken to Twitter to share that a pastor allegedly paid a native doctor to hold rain and prevent it from ruining his crusade. According to the tweep with username, @dj_wHacky on Twitter, this ‘strange’ yet funny incident happened in Ozuoba near Port Harcourt […]