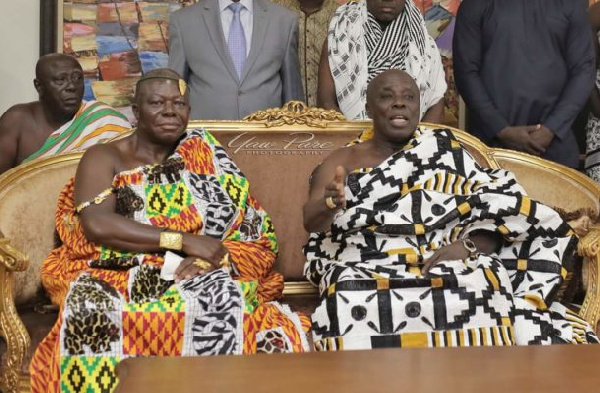 Captain Smart has charged some traditional leaders to speak out

He said Ghanaians are suffering and dying due to bad governance

He indicated that Ghana requires an uprising

Captain Smart, the host of Onua FM Morning Show, has accused some traditional leaders including some prominent religious leaders and Civil Society Organisations (CSOs) of failing to criticize the government of Nana Addo Dankwa Akufo-Addo.

Speaking on his show on Wednesday, December 1, 2021, Smart stated that these chiefs and pastors have become quiet and looking on the Akufo-Addo government while Ghanaians suffer and they eventually die.

“Otumfuo and Okyenhene, I’m not by this message trying to disrespect you in any way, and never will I ever do that. But with all due respect, I’m disappointed in you for being silent. Otumfuo, Nana Addo listens whenever you talk; unless you tell me he doesn’t heed to your good counsel, but I won’t be surprised If he refuses to listen to you because [Akufo-Addo] doesn’t respect anyone including you.

“Togbe Afede are you happy? Asogli State are you happy with the way the people of Volta Region are being treated? Go to Keta and have a look at the place yourself. Awomefia are you happy? All the chiefs in Ghana are you pleased with the current happenings in the country? Even your royalties they don’t pay. Krobea Asante Kotokohene please your silence is long overdue, we want to hear from you,” Captain Smart said.

He continued: “JA Kufuor, you are my father but look at me well, your silence is gradually becoming a nuisance, you need to speak. Now to the pastors, Archbishop Duncan Williams, I respect you so much…but why are you quiet? Dag Heward-Mills where are you? Agyinasare where are you?…the lives of Desmond Tutu rose to save South Africa…”

“People are just dying like animals and all of you are quiet. The so-called CSOs, you are ‘useless’ CSOs – CDD, IMANI Africa, are you in support of the government taxing capital, nobody is talking. Everybody is quiet while Ghanaians suffer and die…,” he observed.

Captain Smart further noted that he will choose an uprising over a coup in this country.

“Where we have gotten to, we require an uprising with a positive defiance,” he stressed.

Captain Smart’s rant was necessitated with the approval of the 2022 budget by the Majority group in Parliament on Tuesday, November 30.

Parliament approved the 2022 Budget Statement and Economic Policy of government presented by Minister for Finance, Ken Ofori-Atta on November 17.

The budget was approved in the absence of MPs from the Minority, who declined to participate in the business of the day.

In their absence, the Finance Minister, Ken Ofori-Atta re-submitted the 2022 Budget, which was unanimously approved by the Majority MPs including the Speaker.

The sitting on Tuesday was delayed by hours of meetings between the Majority and Minority leadership aimed at exploring how to cure what has been termed by the Majority as unconstitutionality by Speaker Alban Bagbin.

I rather die than play for Real Madrid, Gerard Pique