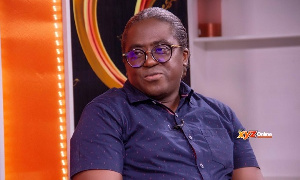 Since Gemann announced his tell-it-all book about the incident that cost his career, he has had a lot to say about his former friend and accomplice, Jagger Pee.

He described Jagger Pee as an opportunist and called him a ‘fair-weather’ friend. But Jagger Pee has refused to accept the tag and questions why a pastor is bitter about a past he ought to let go of?

The story of Gemann and Jagger Pee is one of Ghana’s most controversial murder cases of all time. And the litmus test of a great friendship. 26 years ago, Nana Kwasi Agyeman, aka Gemann, was sentenced to life imprisonment for the death of a taxi driver. His close pal, Abeiku Quansah, aka Jagger Pee, who was at the murder scene, was charged as an accomplice and served 2 years and 8 months in prison.

After former president John Agyekum Kufuor granted Gemann a pardon in 2019, one would expect the two friends to be reunited after almost 15 years of separation. But instead, a terrible feud has started brewing after Gemann insinuated that Jagger Pee was to blame for his fallen career and crime.

In an interview with TV3’s George Kwaning, Jagger Pee confirmed that he has heard the name-calling and accusations from Gemann. After all these years of suffering, his ex-friend was bent on dragging his name into the mud.

He said, “A member of a family is dead, gone and buried. The family, they have forgiven you. God has forgiven you. But you hold bitterness in you as a pastor because I did not come to the prisons to visit you. Between this and the crime you committed, which one is greater? That it should be easy for somebody to forgive? Look at the trauma. I should hold bitterness for your carelessness.

“I started moving on with my life. Doing one or two films here, TV series here and there. Then suddenly, you again. So now what do you want me to do? I can’t be a fair-weather friend because I was with you from day one.”

Jagger Pee described their former acquaintances who held positions in government and yet couldn’t help as the ones who are fair-weather friends. He also pointed out that he doesn’t blame a singular person as they were all at fault.

“I cannot apportion blame to one person. I can apportion blame to the taxi driver at the same time the one who brought the taxi. And I blame Gemann too. I have been told that he is even coming out with a single about fair-weather friends. If the book is about to be launched, maybe he will launch it together with the single. So why should you use somebody’s disadvantage for your advantage?” he concluded.