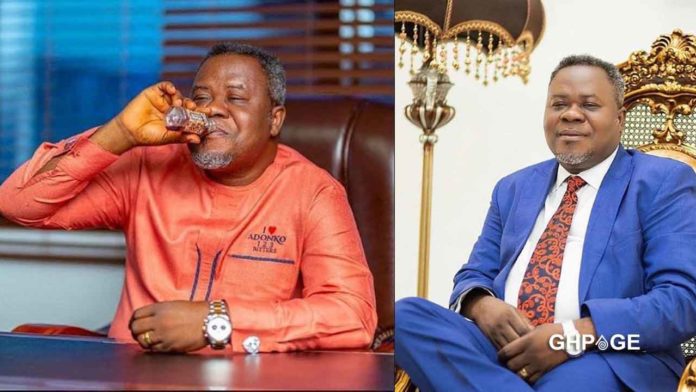 The Chief Executive Officer of Angel Group of Companies, Dr Kwaku Oteng in an interview with Vaults Magazine has made some comments that have people in awe.

According to the business magnate, keeping multiple wives than side chicks (concubines) gives more blessings.

He’s is of the view that it’s prudent to have wives than concubines because he sees no scripture that talks against polygamy moreover, it’s a blessing and gives peace of mind.

The Adonko boss also added that based on what he has gone through in life, it has become his conception to cater for children he fathers out of a marriage and make such women his wives.

Kweku Oteng however, wondered why men will keep secret relationships in the name of obeying the teaching of the Bible.

He emphasized that he takes much pride when he fathers a child with a woman and makes it known to the public.

Whilst dropping his thoughts in the interview with Vaults Magazine, the popular Ghanaian Millionaire advised that for a man to have peace he should marry more than one wife.

Dr Oteng recounted some examples of people from the Bible who married more than one wife yet turned out to be a blessing to them making them successful to buttress his point.

Sat Aug 14 , 2021
Spread the loveTweet Some Police officers, charged with the duty of enforcing the law and curtailing crime in society, have been captured on tape seeking pointers on how to enrich themselves in a quick way. In a viral video making the rounds on social media, the men in uniform are […]