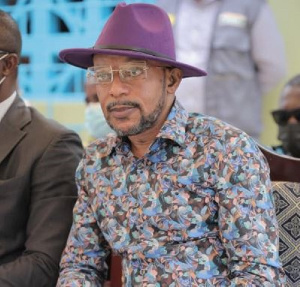 The woes of the Glorious Word Power Ministries International and its Founder, Prophet Dr Isaac Owusu Bempah seem not to be ending soon, as the Ghana Police Services closes in on many more members of the church to face “immediate prosecution”.

The latest development follows the alleged assault on some journalists by some members of the church who were captured in viral videos preventing the media personnel from filming the embattled prophet when he appeared before an Accra Circuit Court on charges of offensive conduct conducive to breach of peace, the threat of death, and assault of o public officers, alongside three junior pastors.

In a press statement issued by the Acting Director of Public Affairs of the Ghana Police Service, ACP Kwesi Ofori to apologize to journalists for the altercation this morning, the police said “a team is currently studying the footage of the alleged assault of some of the journalists to identify the alleged perpetrators for immediate prosecution”.

The prevention of some journalists from entering the courtroom during the arraignment of Rev. Owusu Bempah and his accomplices by the church members was also acknowledged and apologized for by the police.

“We apologize unreservedly for this inconvenience and we wish to give the assurance that journalists will be fully protected and allowed to do their work at all times including the coverage of this case”, the statement added.

Meanwhile, the Rev, Isaac Owusu Bempah has reportedly returned to his cell after he was admitted at the Police Hospital a few hours after he was put on remand yesterday.

Police sources say he spend two hours at the facility and was treated and discharged last night.

Wed Sep 15 , 2021
Spread the loveTweetChairman for the National Prophetic And Apostolic Council (NPAAC), Archbishop Elisha Salifu Amoako, has on behalf of the Council pleaded with the IGP, the Court and especially President Akufo-Addo to assist in granting bail to Rev. Isaac Owusu Bempah. According to the Founder and Leader of the Alive […]