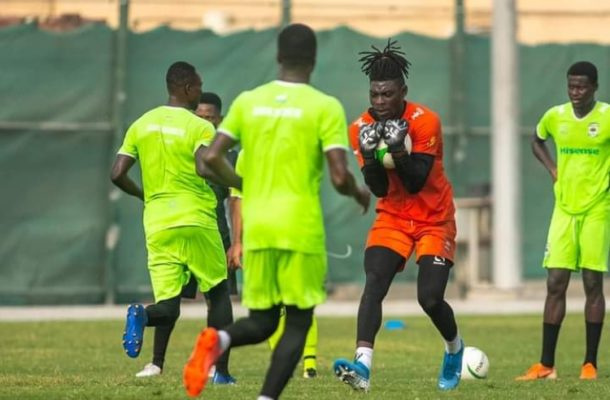 The Porcupine Warriors will play their first pre-season friendly game in Dubai against Al Hilal United in Sharjah on Thursday 14th October,2021.

It will be the first of three matches the club will play in the gulf region while on their pre-season training tour before returning to Ghana.

Kumasi Asante Kotoko departed the shores of Ghana last Thursday for a preseason training tour of United Arab Emirates (UAE) having arrived in the early hours of Friday 8th October,2021.

The team have started training as they are been put through their pace by head coach Prosper Nartey Ogum.

Initially 18 members of the squad touched down in Dubai before the remaining 7 players later arrived on Saturday morning.

The club will be in Dubai for two weeks and will in the coming days play friendly matches with teams in the gulf nation to keep their fitness.

They are expected back in Ghana on 22nd October to prepare for their league opener against Dreams FC on 29th October,2021.

Wed Oct 20 , 2021
Spread the loveTweetAt a meeting of the NDC in Dome-Kwabenya, the Constituency Chairman Isaac Nii Lantey Lamptey and Thomas Dodzi Tsoekeku, the Constituency Secretary confessed to the other members of the Constituency Executive Committee, CEC, that they received GHc 17,800 as feeding allowance for the Polling agents in all the […]