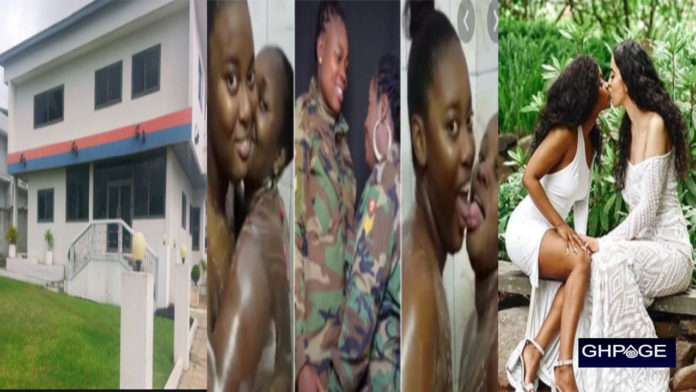 According to the LGBTQI who continue to seek for the respect of their human right, setting up an office within the center of city will help them appeal well to the general public and also to function well as an organization.

Following the set up of the office by the LGBTQI, the National Coalition for Proper Human Sexual Rights and Family Values has reacted to the development of the LGBTQI setting up such an office in Accra.

The National Coalition for Proper Human Sexual Rights and Family Values is strongly demanding an immediate dissolution of the administrative office of the Lesbian, Gay, Bisexual, Transgender, Queer and Intersex (LGBTQI’s office.

According to the National Coalition for proper Human Rights and Family Values, the presence of the LGBTQI office is defying the cultural values and sanity of the country hence should be dissolved with immediate effect.

The coalition held a media briefing on Wedenesday highlighting the looming dangers and threats of the activism of the LGBTQI IN Ghana.

Sat Feb 13 , 2021
Spread the loveTweet Social Commentator Kwame Obeng Asare widely known as A Plus has waded into the Eugene Arhin and his wife’s divorce issue revealing some top secrets which brought about the whole issue of divorce between the couple. The wife of the communication director at Ghana’s presidency filed a […]