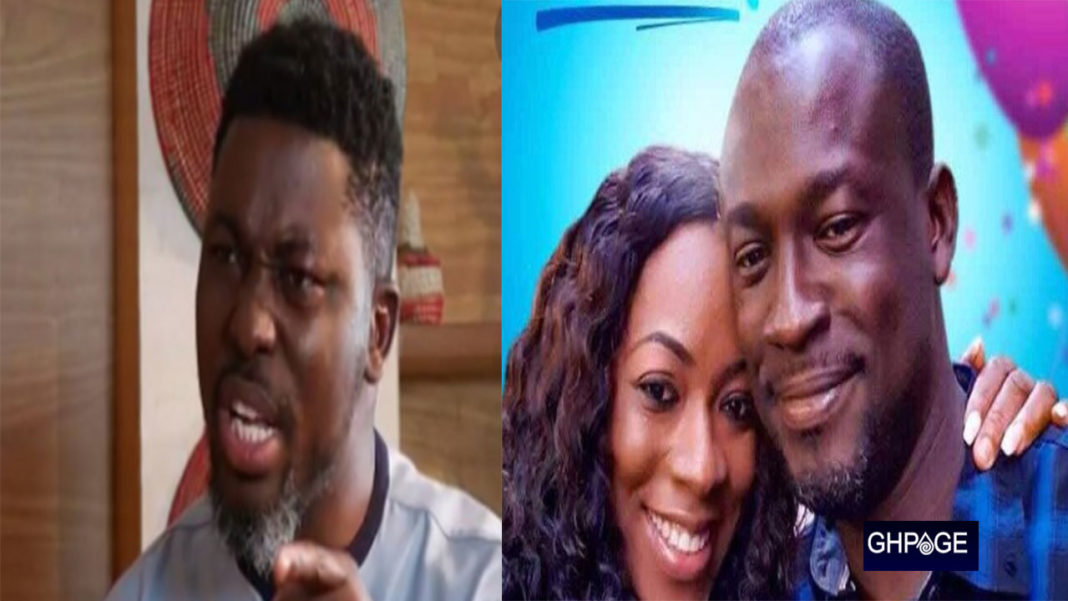 Social Commentator Kwame Obeng Asare widely known as A Plus has waded into the Eugene Arhin and his wife’s divorce issue revealing some top secrets which brought about the whole issue of divorce between the couple.

The wife of the communication director at Ghana’s presidency filed a divorce suit against her husband seeking 50% of all properties on the bases of adultery, Physical, emotional and psychological abuse from the husband.

The issue has since become the talk of town after a copy of the writ leaking on social media. In the writ, the wife of Mr Eugene Arhin listed a number of properties which are owned by Mr Arhin.

The wife further revealed all the properties including houses, flats big cars, businesses were acquired by her husband in the last 4 years, from the day President Nana Addo was sworn in office as president of the land.

According to A Plus the wife of the communication director at the presidency was apparently not aware of the fact that her husband owns all these properties until a former MP who lost his seat at the Awutu Senya West constituency informed her about what her husband has been hiding behind her.

In a bid to revenge the MP too who has a whole lot of information about Eugene and the businesses he run and the extravagant properties he owns also informed the unhappy wife who not aware of all that.

FIND BELOW A SCREENSHOT OF WHAT A PLUS POSTED:

Sat Feb 13 , 2021
Spread the loveTweetThe Chief Security aide to former President John Dramani Mahama, Mohammed Gokah has been reported dead. Thedistin.com has gathered from GhanaNewsPage that the veteran security capo reportedly died at a hospital in Accra. The cause of his death is not yet known to the public neither has former president, John Dramani Mahama reacted. He […]