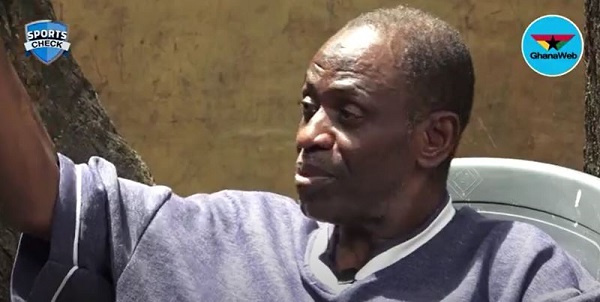 Legendary Ghanaian footballer Mohammed Polo says Black Stars’ dwindling form is not solely technical but players selected do not put out their maximum best for the country.

His assertion follows Ghana’s Black Stars recent outing in the African qualifiers for the 2022 FIFA World Cup where they were defeated by South Africa having narrowly edged Ethiopia in the group G opener.

In an interview with GNA Sports, the former Accra Hearts of Oak player opined that missing close to eight players in your first-team squad largely accounted for the loss against South Africa.

“Our problem is not coaching but players are part of the problems. The coach gives you the chance to shine and he expects you to give your best but look at the performance in our last match

“It is not that we have bad players but even without Thomas Partey and Mohammed Kudus were able to get a narrow win. But having lost close to eight players for the second match the coach couldn’t do much. Any coach can go through the same situation and it is very difficult in such instances.

“The Black Stars are not yet up there but gradually they will get there,” he said.

The Black Stars are currently second with three points in Group G and will continue their qualification quest on October 5. 2021 as they travel to Harare to face Zimbabwe and trip to Ethiopia four days later.