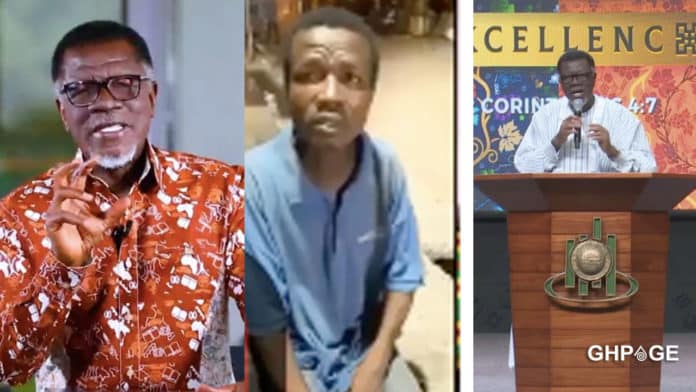 A young man who sleeps on the street and carries loads at the Kaneshie Market has claimed he is the biological son of the popular man of God Pastor Mensa Otabil.

In a video circulating on social media, the man said he used to farm with his father, Pastor Mensa Otabil at Daboase in the Western Region before he moved to Accra.

The man says the man of God knows him and can’t deny him as a son.

On when was the last time he saw his father, he stated that it’s been over 20-years since he last saw him.