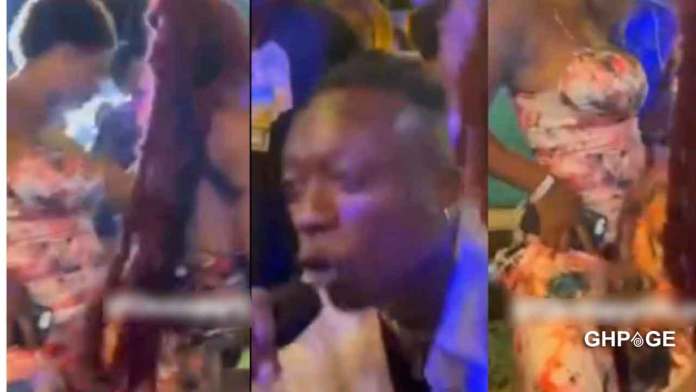 Spread the love
Tweet
GhPage has sighted a video of an alleged lesbian party that was held in Accra over the weekend with lots of ladies twerking and partying hard to their gratification.

At the party, the lesbians are seen romancing and grinding with each other with no regard for the world.

Some of the girls clad in revealing dresses were so wild as they jammed to the songs played in the background. They have no regard.

The exact location where the party was held to date is unknown however, from the videos seen it was a massive one.

Even though we can’t absolutely confirm if it’s a lesbian party, according to some social media users it is.

The party saw one of the fast-rising musicians from Kumerica, Kofi Jamar in his element performing amid the ladies seductively twerking to his hit song.

These LGBTQ communities don’t give a damn about the laws of the land. The community appear to grow in size with time. Pathetic!

Tweet
See also  Palm Wine: The health benefits of this drink will amaze you

Mon Sep 27 , 2021
Spread the loveTweet Do you remember Pastor Blinks? You’ve forgotten him soo soon? Well, he’s the pastor who went viral for shaving the private parts of his female church members. He has been in countless viral videos that seemingly carries the same message. In the latest of his controversial videos […]