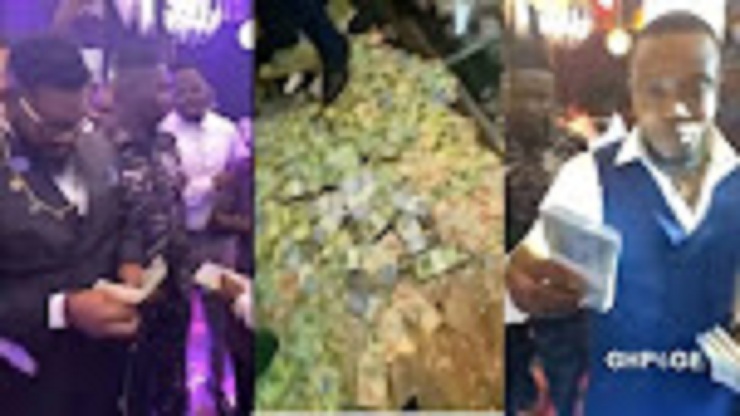 Last Saturday, one of Accra’s big boys married his longtime girlfriend at the Kempinski Hotel.

The groom, Yaw Barima, also known as Alien, made certain that the bride, Maame Serwaa, had a wedding to remember.

As expected, Alien’s mates, who are also big boys in the country, ensured that money was not an issue for the wedding reception by making money rain at the Kempinski Goldcoast City.

The event was stolen by two guys (whom we are yet to identify) who sprayed the large cedi denomination.

To show how wealthy he is, one of them decided to take it high as he sprayed entire bundles of cash instead of singles.

Hiplife artiste Kwaw Kese was the guest artiste at the wedding reception got the crowd on their feet as he served them with a spectacular performance.

Mon Nov 8 , 2021
Spread the loveTweet Ghana’s most controversial marriage counsellor George Lutterodt has met with maverick politician Hon. Kennedy Agyapong in the United States, New York to be precise. According to what we gathered, the two controversial men were guests at an event organised by a hotel in New York. Following the […]