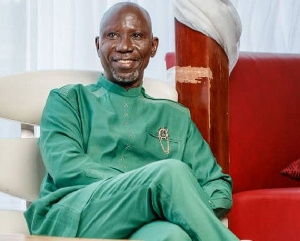 According to the lead writer at Roverman Productions, magicians who in the past were seen performing on stages and in cinemas have metamorphosed to be ‘men of God’ and own churches.

Speaking to Foster Agorr on Starr Drive, the author and motivational speaker said, “Magicians are no more on stages and in cinemas, they have styled themselves as pastors. They have brought the same tricks and put God’s name in it and have started churches to make more money.”

The renowned playwright recently revealed that he wrote the entire script for ‘Devil’s Wife’ in less than 24 hours.

He mentioned that he had written over 60 plays in his life, and yet the experience of his yet-to-be-released play ‘Devil’s Wife’ was different.

“‘Devil’s Wife’ was written in a 12-hour blitz. I started at 4 am and wrote without stopping till 7 pm. It was almost as if I was taking dictation of some sort,” he added.

All COVID-19 protocols will be strictly adhered to.

Thu Sep 2 , 2021
Spread the loveTweet The boss of Black Avenue Muzik, Desmond Blackmore, popularly called D Black has surprised his signee, S3fa, with a brand new car. D Black officially signed S3fa onto his BAM record label in 2007 and they two have had what can best be described as a great […]