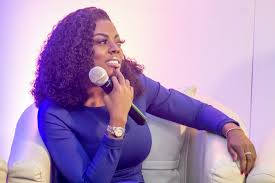 In the 2022 budget statement read yesterday by the Minister of Finance, Ken Ofori Atta, the government has introduced a 1.75% tax on all mobile money transactions, which will take effect next year.

Reacting to the latest development, the General Manager of GhOne TV says the tax is so high that she can’t afford to pay.

She claims that it is against everything the Vice President has been trying to achieve over the past five years he’s been in power.

“I don’t think @MBawumia’s personal position has changed when he says he ‘doesn’t think mobile money should be taxed.’ It is against everything he’s been trying to achieve over the last 5 years. 1.75% is high @NAkufoAddo. We can’t,” she tweeted on November 18, 2021.

She quizzed: “What happened? What changed? Where did this 1.75% on 100 cedis and above come from? @NAkufoAddo & @MBawumia, this is draconian.”

A great number of Ghanaians on social media are not happy with the introduction of the current taxes and have registered their displeasure already.

Thu Nov 18 , 2021
Spread the loveTweet The reunited brothers, Peter and Paul Okoye, are reportedly back and will be celebrating their birthday together after a long time being at loggerheads. As they mark their 40th birthday, Rudebwoy and Mr. P are asking their fans and loved ones to donate to a particular bank […]