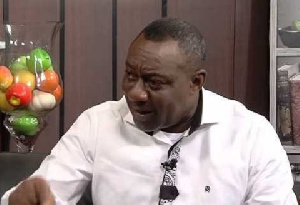 • The president, ministers, heads of agencies, among others make up the list of delegates at the COP26 Summit

• The president reportedly went with a private jet

Following the release of a list of over 330 people listed as delegates attending the COP26 Summit in Glasgow, Scotland, from Ghana, the government has shot down the claims, stating that it is not true.

According to the Executive Director of the Environmental Protection Agency, Henry Kwabena Kokofu, only 24 persons linked to the government have been sent to the Summit out of a total number of 170 initially listed.

He explained how this is so in a story by asaaseradio.com.

“Some of them did not get their Visas, others registered just to participate virtually, others couldn’t make it. By the count of the day we had about 170 people as participants. And these 170 people, most of them are coming from civil society organisations, academia and the private sector. The government delegation per say amounted to 24 in number,” he said.

It has emerged that Ghana sent over 330 delegates to the United Nations (UN) Climate Change Conference (COP 26), which is being held from October 31 to November 12, 2021, in Glasgow, Scotland.

A provisional list published on the website of the United Nations Framework Convention on Climate Change indicates that Ghana’s contingent was led by President Nana Addo Dankwa Akufo-Addo.

The list also includes representatives from Parliament, the Environmental Protection Agency, Office of the President, the media, among others.

President Akufo-Addo in his speech read on Tuesday, November 2, assured the world of Africa’s commitment to climate change.

“Ghana acknowledges the importance and effects of Climate Change, and the urgent need to combat it, and we acknowledge equally the importance of protecting our development. We believe that a balance must be struck and maintained between our social, economic and environmental imperatives.”

“Even though we, in Africa, are the least of the contributors to this phenomenon, responsible for less than four percent (4%) of the global volume of carbon emissions, we suffer the most because our agrarian and resource-driven economies are peculiarly susceptible to the effects of climate change, and our capacity to withstand its shocks is weak.

“The Almighty has blessed our lands with abundant natural resources, and it would be wholly unfair for the world to demand that Africa abandons the exploitation of these same resources needed to finance her development, and help us to cope better with the threat of climate change, at a time when many countries on the continent have only just discovered them,” President Akufo-Addo said.

But the EPA boss, Henry Kokofu insists the number being bandied about as Ghana’s delegation is misinformation, the report added.

“So, the 337 that is being bandied around is quite misinformation. The number that presented themselves for registration not all of them were able to attend, and I have explained: either constraints, others decided to stay back home and do virtual.

See also  'On the off chance that NPP jokes, I will deliver Anas' recordings and breakdown the party' - Ken Agyapong undermines

“And of the 170 that registered, it is on and off, people will come in for particular side events or workshops or engage in some negotiations and leave. Of the official 24 that are participating, we had some who did out of the week, because their schedules were the first week, they have left or they are leaving, and those who will come in the second week are being welcomed, so as we speak today out of the 170, 40 have left for Ghana already,” he said.

Mon Nov 8 , 2021
Spread the loveTweet• A man was arrested with 64 wrappers of dried leaves • The man is said to have fallen sick while in custody • Police will conduct an autopsy on the body soon Some young men at Akatsi in the Volta region last Friday, November 5, 2021, angrily […]