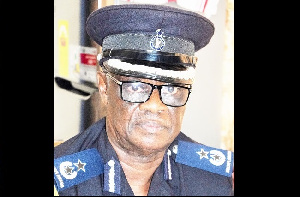 • A man was arrested with 64 wrappers of dried leaves

• The man is said to have fallen sick while in custody

• Police will conduct an autopsy on the body soon

Some young men at Akatsi in the Volta region last Friday, November 5, 2021, angrily attacked a police station after one Etornam Avulekpor, a suspect, died in custody.

The angry young men, with stones and bottles in their hands and threatened to burn down the police station, in protest to the deceased who was arrested by the police the previous day, reports ghanaiantimes.com.gh.

The suspect was said to have had in his possession 64 wrappers of dried leaves suspected to be marijuana.

The police are also reported to have found a number of cellular phones in the possession of the suspect, which they believed to be stolen.

Deputy Superintendent of Police (DSP) Effia Tenge, who is the Public Affairs Officer of the Volta Regional Police Command, said that the suspect had fallen ill while in custody and then rushed to the Hoggar Clinic in Akatsi for medical attention.

She continued that after the clinic could not handle his case, he was transferred to the Ho Teaching Hospital.

The following day, however, the suspect died.

The report added, when the news of Etornam’s death reached the community, the youth stormed the police station with lorry tyres and gallons of petrol, threatening to burn the place down.

They did this while pelting stones and bottles at the building until a timely intervention of a reinforced team of police officials from the Tongu Police Division showed up.

See also  Rebecca Akufo-Addo and Samira Bawumia could cash out over GHc2.7million in 4 years

“We shall definitely get to the bottom of the matter,” the Volta Regional Police Commander, Deputy Commissioner of Police (DCOP) Edward Kwateng has assured.

The police are in the meantime yet to conduct an autopsy on the deceased to ascertain the cause of death.