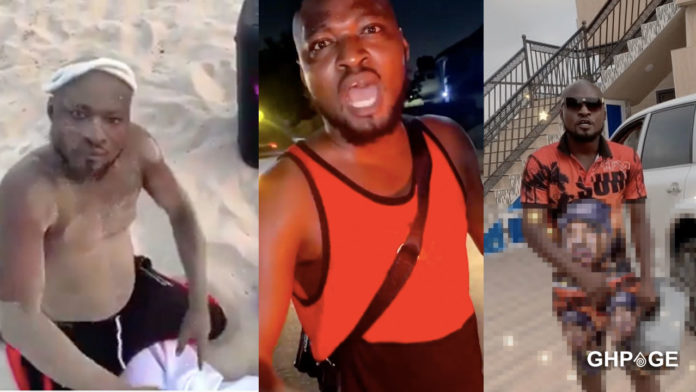 Ghanaian comedian, Funny Face has been committed to the Accra Psychiatric Hospital for the next 2 weeks to enable the psychologist at the hospital to access and determine the true mental state of the comedian.

Funny Face was committed to the mental hospital by the Ofankor Circuit Court presided over by His Lordship, Ebenezer Osei Darko.

According to the judge when Funny Face was arraigned before him, Funny Face does not sound normal and he may be having a mental crisis possibly depression.

Funny Face was brought before the court for causing public disturbances at a bar. According to Central Regional Police PRO, DSP Irene Serwaa Oppong, the report was made by a witness to the said disturbances in the bar.

DSP Irene Serwaa Oppong further explained to the court that further investigations revealed that Funny Face engaged in a bar fight with the owner of the bar due to a misunderstanding.

After the two were separated, Funny Face rushed home and returned with a gun where he shot 21 warning shots into the air.

If you are 21 and your breast has fallen, your bride price should be GHS200 – Prophet Oduro

Tue Feb 16 , 2021
Spread the loveTweet Outspoken Ghanaian Clergyman, Prophet Oduro has got more men laughing as he disclosed the amount of money men should pay for as bride price. According to the leader and founder of Alabaster International Minister, ladies who are 21 years with fallen breasts do not deserve amount which is […]