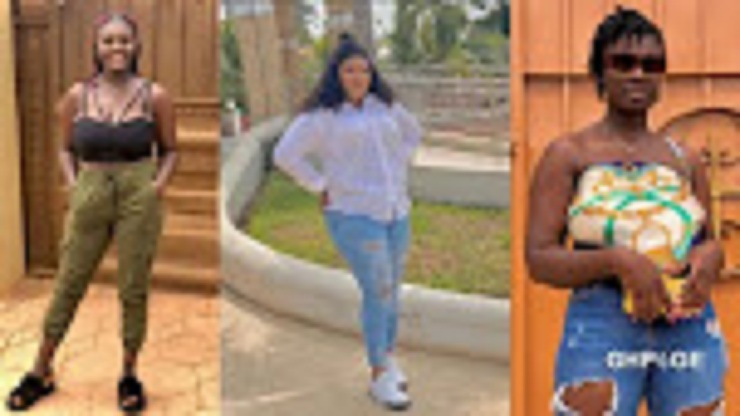 Spread the love
Tweet
Actress and television personality Xandy Kamel has been making the news in recent times after she came out to speak about her failed marriage to sports presenter King Kaninja.

Days later it emerged that Xandy was a lesbian and that her partner was one lady identified as Ohemaa Lipsy real name Victoria Quartey.

In an audio that found its way unto social media by Ohemaa Lipsy, she laid a lot of allegations against Xandy and even spoke about some issues in her marriage.

Well, today we bring you some photos of the lady who claimed to be the partner of the actress.

See the photos below:

In other news, Ohemaa Lipsy has come out to state that she isn’t true she is the lesbian partner of Xandy Kamel.

According to her, some people who are against Xandy Kamel approached her for a deal to lie against the actress since her marriage issues have found their way to social media.

She however apologized to Xandy for dragging her name in the mud by lying against her.

Be careful, the law is real- Shatta cautions youth

Fri Nov 5 , 2021
Spread the loveTweetOne week after he was granted bail for publication of false information, Dancehall artiste Shatta Wale has cautioned ‘ghetto youth’ to be law-abiding. According to Shatta Wale, he feigned his gun attack because God asked him to. In a series of posts on his social media pages on Friday, October […]