The interruption of the world’s energy output is one of the most important problems caused by Russia’s invasion of Ukraine.

Since the beginning of the dispute, Europe has tried in vain to find alternate sources of the valuable mineral, which puts the Western continent in a difficult position because it still depends on Russia for its LNG supplies.

CNN reports that while imports of Russian LNG, a chilled, liquid form of gas that can be delivered by sea tankers, have increased while exports of Russian coal, oil, and natural gas supplied via pipelines to Europe have significantly decreased since Moscow invaded Ukraine in late February.

But liquified natural gas drilling in Africa is beginning to show some promise and might be Europe’s exit from its reliance on Russia. In comparison to last year, some African nations like Angola, Egypt, and Cameroon have somewhat increased their LNG exportation.

Ironically, despite a global need for the commodity, certain African nations have seen a fall in LNG exports. 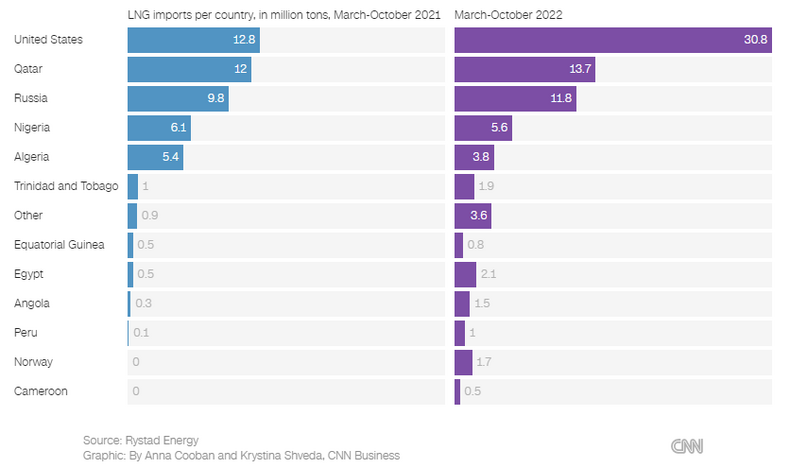 Tue Nov 15 , 2022
Spread the loveTweet A Ghanaian woman revealed that she has been dating and having affairs with his older blood brother for the past eleven years and that they are currently expecting a child. When they were both minors and their parents were away on a trip to the United States, […]